Under the auspices of Nana Ansah Sasraku III, Chief of the Mamfe Traditional Area, the Ghana Physiotherapy Association organised the second edition of its Physiotherapy Outreach Clinics at Mamfe. Located about 45km north of the capital Accra, Mamfe is a settlement in the Akuapim North District in the Eastern Region.

A thirty-six man strong team from all parts of the country, climbed up the Akuapim hills on Saturday, the 14th of October, 2017 with a bus-load of rehab equipment, assistive and ambulatory devices, topical analgesics as well as other gifts to serve the good people of Mamfe and its surrounding villages. Made up of twenty-five physiotherapists, nine intern physiotherapists and two physiotherapy assistants, the team converged at the premises of Nana Sasraku III’s palace where the outreach was scheduled to take place.

The day’s activities commenced at 8:30 am after team members had been warmly welcomed by Nana Ansah Sasraku III and his sub-chiefs. In his welcome address,  Nana Ansah Sasraku III noted that the entire township had been looking forward to our visit with bated breaths. He also added that our outreach clinics are indeed one of a kind and must be commended. Nana’s enthusiasm was almost infectious as he would go on to participate in all of the day’s activities with us. The anticipation and eagerness with which the team was received was an indication of the wonderful time we were going to spend among the lovely people of Mamfe. The townspeople were already seated and waiting for the commencement of the clinic even before the team arrived.  Patrons were first taken through important health educations sessions before consultation begun. The health topics discussed with patrons during these sessions included, “poor posture and its associated link with back pain”, “the significant correlation between physical inactivity and non-communicable diseases such as hypertension, diabetes and stroke” as well as “the importance of patience compliance to medication and exercise prescription”. Personal details and vital signs were taken, after which patrons were directed to the consulting physiotherapists.

Just as in the maiden outreach at Otinibi, this second edition also utilized independent clinics to cater for patrons with musculoskeletal, neurological and paediatric complaints. As expected of a community with an increasing elderly demographic, over sixty percent of all cases attended to were seen at the musculoskeletal treatment clinic where as twenty-five percent of the cases reported were attended to at the neurological complaints clinic. One paediatric condition was treated at the paediatric clinic with twenty-seven more patrons being attended to in the general consulting clinics. A total of two hundred and fifty six residents of Mamfe and its surrounding villages received free physiotherapy consults and treatment at the end of the day.

Majority of the complaints attended to at the clinics involved musculoskeletal joint pain with radiculopathy, poorly controlled non communicable conditions including hypertension and cerebrovascular accidents, ambulatory dysfunction secondary to diabetes, osteoarthritis as well as  thoracolumbar spondylopathy. Patrons who required further management were given appropriate referrals to the Tetteh Quarshie Memorial Hospital and other nearby health facilities. The clinics run for seven hours and were brought to a successful end at 4:00 pm

The characteristcly broad smile of Nana Sasraku III was a reflection of that of his subjects who left his palace grounds with warm and gladdened hearts. The Ghana Physiotherapy Association is grateful first and foremost to the chiefs and amazing people of Mamfe, for granting us this wonderful opportunity to be of service to them. The Association is also appreciative of its Council of Elders and National Executive body as well as the organizing committee of the outreach clinics, for going above and beyond their abilities and resources to pull off these clinics.

Again heartfelt gratitude goes out to all the Physiotherapy professionals who sacrificed their precious time and worked tirelessly to make the outreach a success. Special mention must also be made of Dr. Jonathan Quartey, Chairman of the World Confederation for Physical Therapy – Africa Region, for gracing the outreach with his prestigious presence. Finally we would like to acknowledge the immeasurable support, donations and goodwill received from various physiotherapy departments and units across the country, corporate Ghana and the entire membership of the Ghana Physiotherapy Association. Your generous donations and support were key to the success of this outreach. God bless you all! 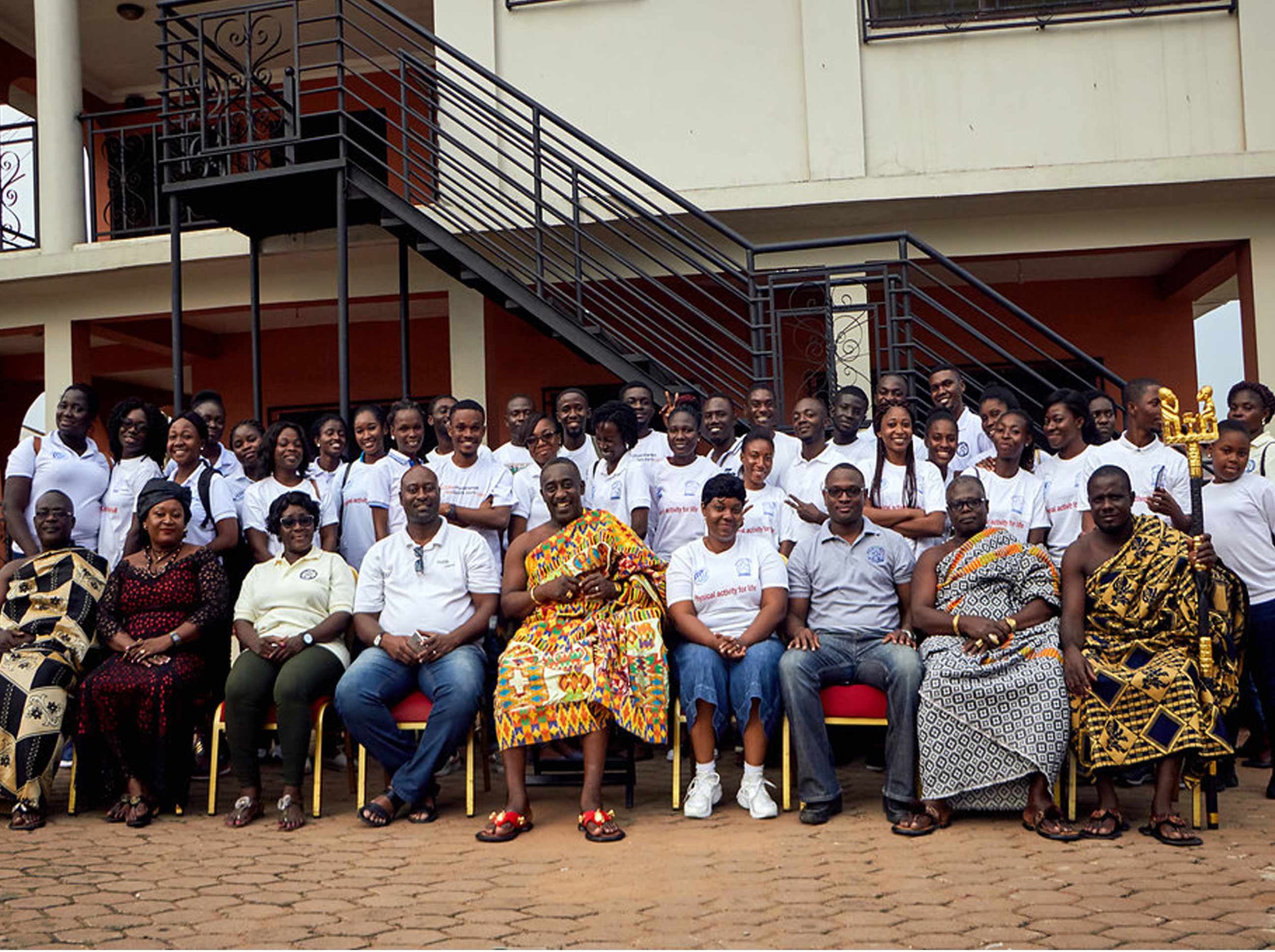 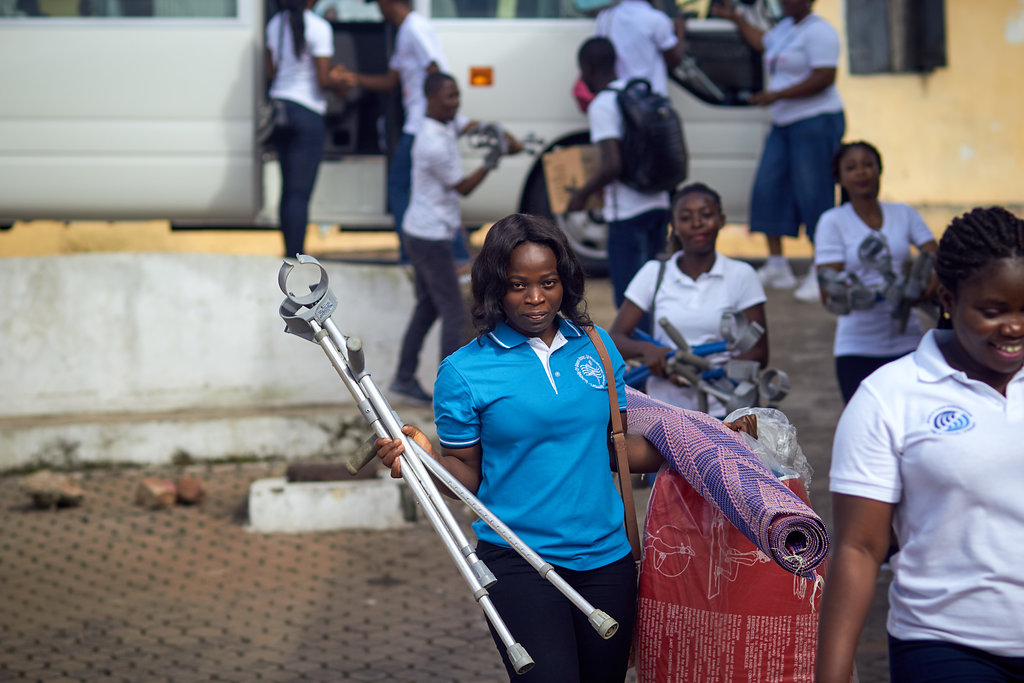 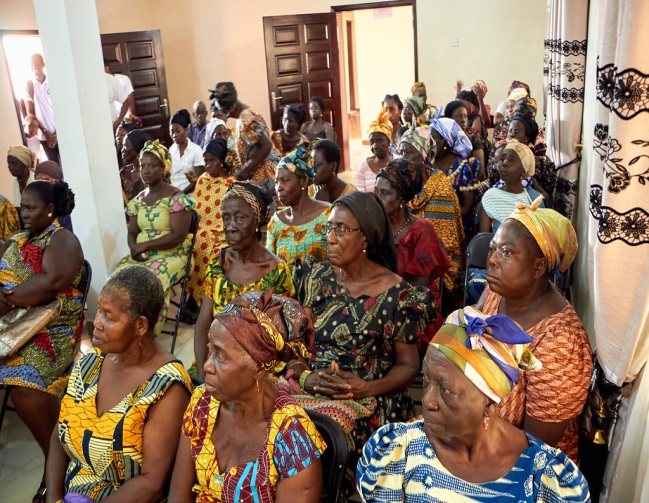 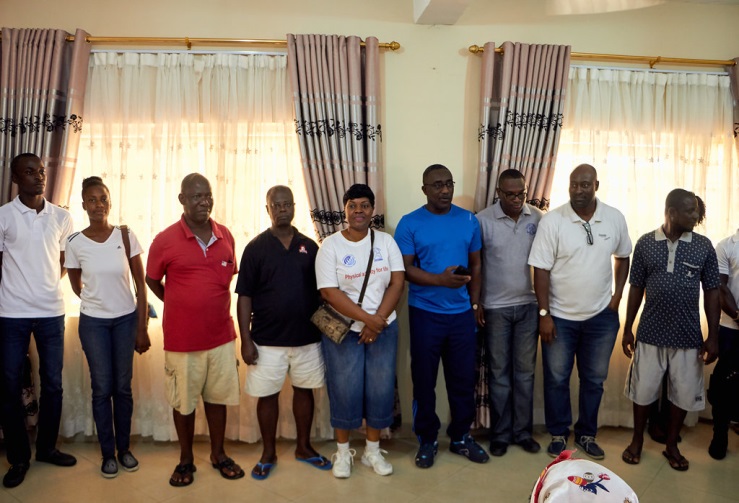