John Holmes once succinctly said that “there is no exercise better for the heart than reaching down and lifting people up.” John Bunyan also famously noted that “you have not lived today until you have done something for someone who can never repay you.” Thus on one splendid, clear-skied Saturday, members of the Ghana Physiotherapy Association – clad in white polo shirts and warm smiles – marched towards the beautiful spectacle that is the Aburi hills, very intent on exercising their hearts!

Under the auspices of the Council of Elders and the National Executive body, the Ghana Physiotherapy Association organized its maiden Physiotherapy Outreach Clinic at Otinibi in the Ga East Assembly of the Greater Accra Region on the 22nd of July, 2017. Located approximately 27km away from the capital Accra, Otinibi is mainly a farming community with a cosmopolitan mix of Ga/Ga Adangbe indigenes and other settlers from different parts of the country.

A thirty-five man strong team stormed the hills of Otinibi with a bus-load of rehab equipment, assistive and ambulatory devices, topical analgesics as well as numerous gifts to provide professional physiotherapy services to the good people of Otinibi, Danfa and their surrounding towns and villages. Comprising of eighteen physiotherapists, seven intern physiotherapists, two physiotherapy assistants and two physiotherapy students converged on the premises of St. Augustus School where the outreach had been scheduled to take place. Toiling all day, the team provided expert pro-bono physiotherapy management for varying conditions and complaints to the aged and young alike.

The outreach started at 9:00 am, after team members had ensured patrons were comfortably seated in an orderly queue. Personal details and vital signs were taken, after which patrons were directed to special health education sessions before being attended to by the consulting physiotherapists. Pertinent health topics discussed with patrons during the health education sessions included, “poor posture and its associated link with back pain” and “the deleterious impact of physical inactivity on non-communicable diseases.”

Novel in this year’s maiden outreach was the introduction of independent clinics to cater for patrons with musculoskeletal, neurological and paediatric complaints. Thirty-five clients were seen at the musculoskeletal treatment area, three at the neurological complaints clinic and two at the paediatric clinic. Forty-seven more patrons with general complaints were attended to in the general consulting clinics. In all a total of eighty-eight residents of Otinibi and its surrounding towns received free physiotherapy consults and treatment from the dedicated team.

Common cases seen at the clinic were musculoskeletal pain with radiculopathy, poorly controlled hypertension and cerebrovascular accidents, ambulatory dysfunction secondary to diabetes, osteoarthritis and thoracolumbar spondylopathy. Patrons who required further management were given appropriate referrals to nearby health facilities and Physiotherapy centers. The clinics run for six hours and ended at 3:00 pm with a total of eighty-eight patrons between the ages of a year and seventy-five years attended to.

The beaming smile of each resident who left the outreach grounds clutching several gifts gladdened our hearts greatly. The team is grateful to the Council of Elders, National Executive body of Ghana Physiotherapy Association as well as the organizing committee of this year’s maiden outreach, for all their support and background work which led to a successful and well-coordinated medical outreach. Special mention must also be made of the management and staff of the Danfa Health Centre who were very supportive throughout the entire outreach. Again heartfelt gratitude goes out to all the Physiotherapy professionals who sacrificed their precious time and worked tirelessly to make the outreach a success. Much thanks also go out to all the students, especially those from the University of Ghana Physiotherapy Students Association who participated fully in the day’s proceedings. Finally we would like to acknowledge the immeasurable support, donations and goodwill received from various physiotherapy departments and units across the country, pharmaceutical companies, corporate Ghana and several individual Physiotherapists. Your generous donations and support brought so much joy and happiness to the lands of Otinibi and Danfa. God bless you all!

The Association looks forward to organizing a second outreach in the last quarter of the year. 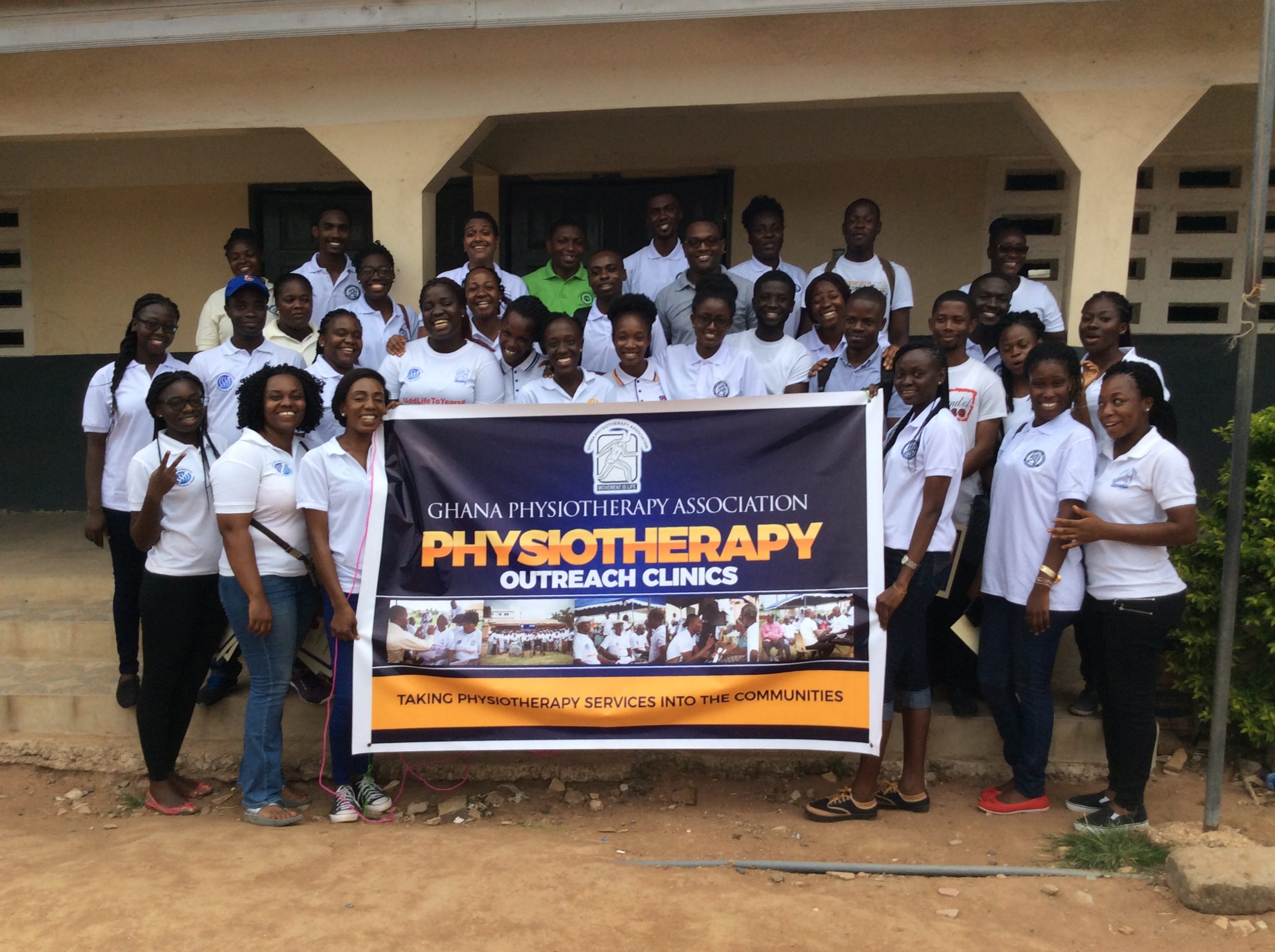 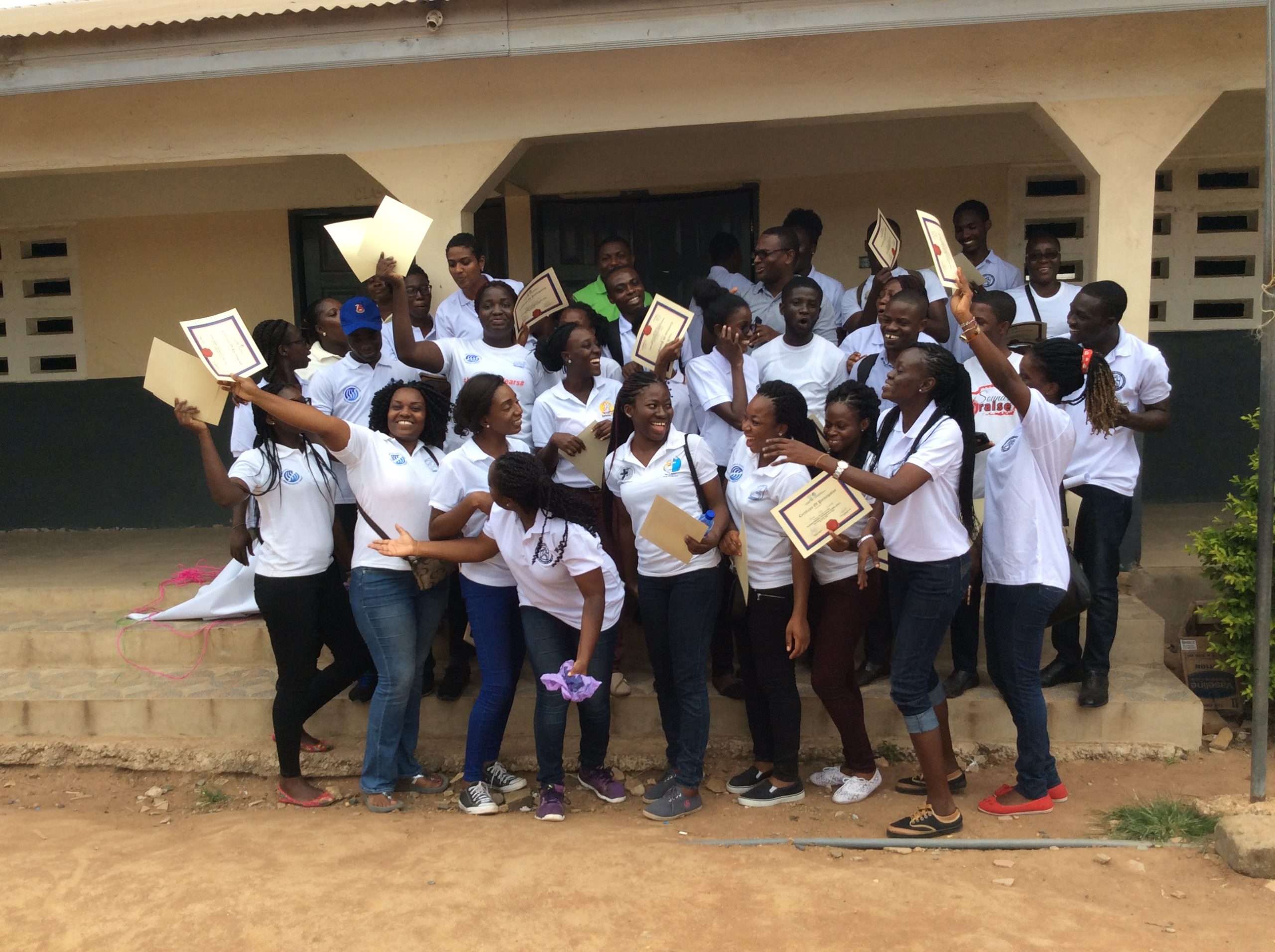