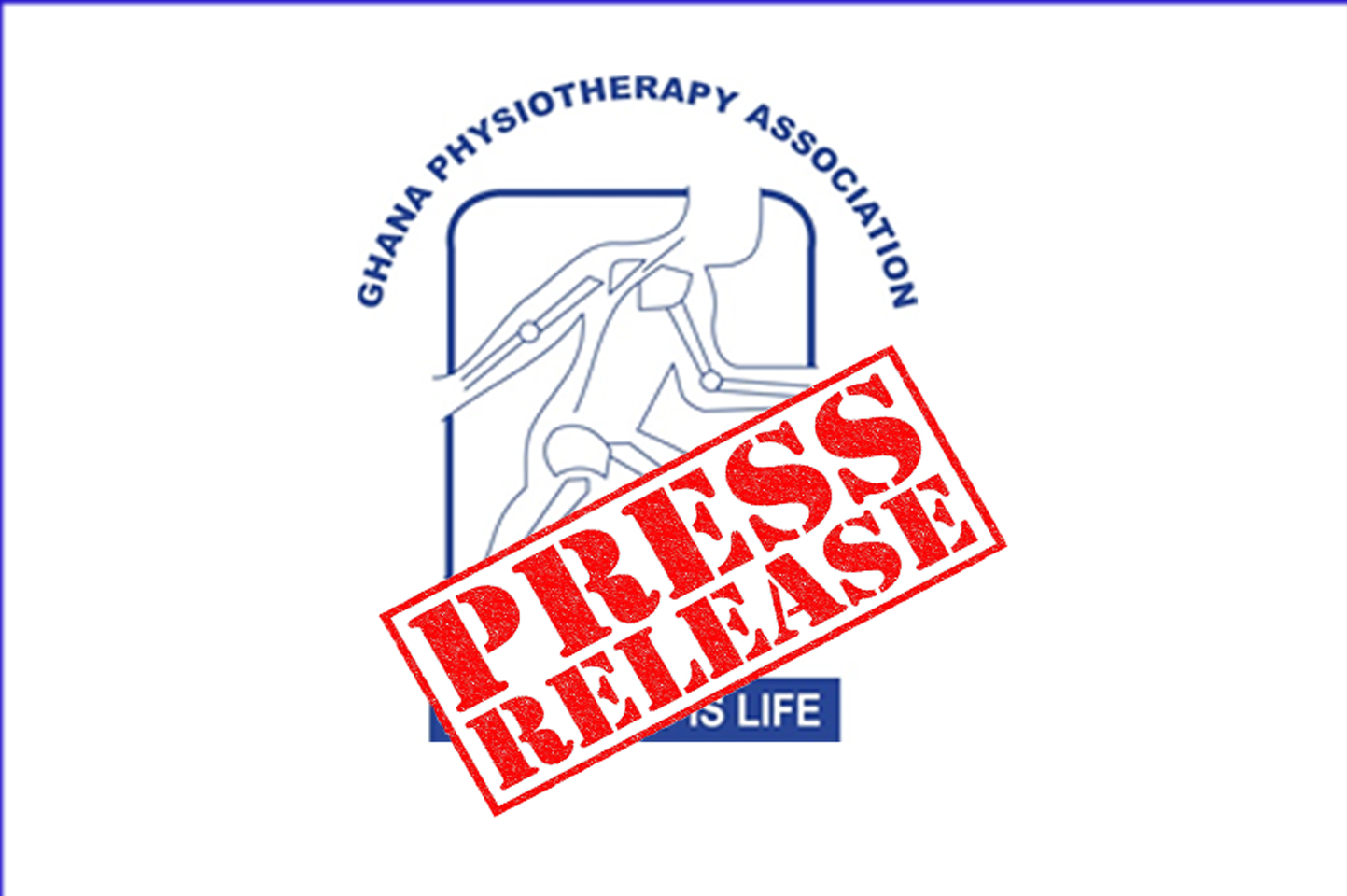 The Ghana Physiotherapy Association (GPA) is the umbrella Professional Body of Physiotherapy Practitioners in Ghana. One of its core objectives is promoting public safety by ensuring that Physiotherapists uphold high standards of professionalism and moral ethics in their practice.

The attention of the Association has been drawn to a video circulating on some social media platforms and purported to be a part of the most recent GFA corruption expose’ by ace investigative journalist, Anas Aremeyaw Anas, released on 12/06/18. In the video, a young man is seen taking and pocketing money. The caption in the video alleges that the young man is the Physiotherapist of the national U-17 team and he took a bribe to certify an otherwise unfit player as fit to participate in the 2017 Juvenile World Cup in India.

The Association was at a dismay that a Physiotherapist could indulge in such an unethical and dangerous-to-the-player act and decided to investigate further. Our findings, however, revealed that the person in the video is called David Nhyiraba Tetteh and GPA can say with certainty that he is NOT a Physiotherapist as alleged in the video.

The Ghana Physiotherapy Association would be glad if Anas Aremeyaw Anas and/or Tiger PI group could do further checks and review this publication accordingly.

Under the Act 857 of 2013, the Health Professions Regulatory Bodies Act, the title Physiotherapist can only be used by a person who has undergone the requisite training in an accredited University, followed by a year’s mandatory internship, passed a Licensure examination and validly licensed by the Allied Health Professions Council (AHPC). The names of qualified and licensed Physiotherapists are published in the Ghana gazette annually.

We wish to add that, whilst efforts are being made by various Regulatory Bodies and Stakeholders to adequately deal with issues of quackery found in Physiotherapy practice, the GPA would also entreat the general public to be cautious when engaging anyone to offer services as a Physiotherapist. We would further like to remind Employment Agencies and institutions that it is both dangerous to the public and illegal under the Act 857 to bring into employment any person to work in the capacity of a “physiotherapist” without ensuring that they are indeed certified and validly licensed to practice as Physiotherapist in Ghana.

Thank you for your attention